Learn the basics of

This course is a practical approach to guitar playing. Students will learn the fundamental skills of guitar playing, as well as music theory and improvisation. Students will be exposed to various different types of pieces to add to their repertoire, ready to play for family, friends or the last minute gig. With a healthy mix of theory and practical, students will be encouraged to use their newly gathered skills in new pieces each lesson. From chords, to Classical, to Jazz improvisation – this course will make you the ultimate all rounded guitarist.

This lesson provides a basic understanding of the guitar as an instrument and how to approach it. Students will know the components that make up the guitar (the neck, body, bridge etc.) as well as the various other types of guitars there are out there. We will touch on different types of genres and their different approaches to guitar playing. We will then go through the different sitting and hand positions when playing, introducing frets, names of the strings and how to tune them. Students will be taught the beginnings of music theory - about the staff, clefs, time signatures and lines and spaces.

2.Reading between the lines

In this lesson the basics of music theory are introduced as well as the first of note playing. They will also begin with tablature is and types of notes. From this understanding students will then learn how to read open notes as well as notes on the 1st string, after getting a quick review of the sitting and hand positions. End of lesson exercise: Short piece made up of open notes and 1st string notes.

In this lesson we start on chords. Students will understand how to read chord blocks and start with two simple open chords, A major and E major. A short exercise will be given to teach easy transitions between the two chords as well as different strumming patterns that can be played. A quick review of the open string and 1st string notes will be done before the students are taught the notes on the 2nd string. We will also be introduced to different types of key signatures in simple time. End of lesson exercise: A piece that incorporates open, 1st and 2nd string notes, as well as a song that uses Amaj and Emaj - Satisfaction by The Rolling Stone

This lesson will consist of playing exercises. How to use a capo will be introduced in addition to three new chords (C, G, D, Em) as well as a refresher of the chords from the previous lesson (A & E). A quick review of the open string, 1st string and 2nd string notes will be done before the students are taught the notes on the 3rd string. End of lesson exercise: A piece with open, 1st, 2nd and 3rd string notes. Songs that makes use of the four new songs - Perfect by Ed Sheeran & Ho Hey - The Lumineers

In this lesson, students will be able to put the chords they recently learned to use with a different set of new fun popular songs. We will then do a little more theory by introducing the sixteenth note and dotted notes. They will then learn the notes on the 3rd and 4th string and be able to play a piece incorporating all of the notes they have learned thus far using a few the new notes learnt.

In this lesson we will learn the last few notes on the 5th and 6th strings, enabling you to play all of the notes in 1st position. We will then go through accidentals (sharps and flats), students will be opened up to the Circle of Fifths and key signatures. This will set them up to play a wide range of different pieces in future lessons.

Students will understand open seventh chords and barre chords on the 6th string and finally learn the F chord in this lesson. Barre chords are a little more challenging than open chords so it might take more practice. In addition, they will play a new exercise which incorporates all notes on the 6 strings and in a key (Gmajor) as well as play a two voices in one piece.

Students will learn practical skills on how to practice efficiently everyday.

In this lesson, students will play a piece using three voices which means that the pieces will contain chords as well as a melody. We will also begin with scales. Now that the student is familiar with the Circle of Fifths, this will set them up to succeed with how to approach scales. We will begin with playing the major scale in 4th position - starting with C major - which allows them to play other keys with the same scale structure on the 6th string. We will then move onto barre chords on the 5th string, both major and minor. The scales will set them up nicely for improvisation in the coming module.

2.Minors are nothing major

4.Getting in the Mode

Student will go into depth with key signatures, know about intervals; major, minor, augmented and diminished as well as learn more about musical modes.

In today's lesson you will learn pattern 2 and 3 of harmonic scale, understand major pent and minor pent patterns, major blues and minor scale patterns as well as be able to play these scales over a chord accompaniment.

By the end of this lesson you understand seventh barre chords and power chords as well as suspended chords. You will also be able to play arpeggios.

7.Something 'bout the Blues

In this lesson, we will add a few new skills in improvisation. Students will learn riffs, bends, pull-offs and hammer-ons, and how to use them while improvising. We will also learn power chords and different chord progressions in music theory. Primarily the tonic, subdominant and dominant chords. Students will learn two final skills when improvising, by learning tapping (tr)and triplets and how to use it while improvising. With the understanding of triads, students will know how to play different inversions of chords (first and second inversion).

8.Something 'bout the Blues

In the final lesson of module two, students will learn their final scales by being exposed to modes. They will learn Dorian mode, Phrygian mode, Lydian mode, Mixolydian mode, Aeolian mode and Locrian mode. We introduce the blues scales on both the 6th and 5th strings, adding another scale to the students repertoire with which to improvise with. We will then look into the music theory behind chords, by understanding triads and intervals. We will also look into slide notes, a skill that will improve improvising. In addition, we will also explore compound time signatures, opening up more advanced pieces to play. 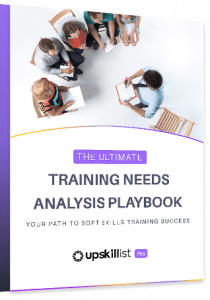